Сhoosing the best web application framework is not an easy task. There are many of them on the market, and each of them has its peculiarities, strong and weak sides, as well as the best scopes of application. A correct choice of a framework can accelerate the processes, while a wrong decision can cost you extra time, and budget.

Let’s have a look into the top web development frameworks in 2019 which are popular, universal in use, and can come useful for different types of projects. 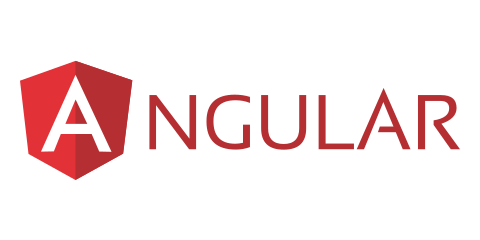 Angular can be considered the best framework for web applications, and it definitely takes the lead among the products of the Google company for developers. AngularJS, it’s predecessor, has bee first released in 2009, and completely rewritten in 2016.

In a comparison of web application frameworks, a significant advantage of this platform is its flexibility and rich set of functions. Angular is a great option for bulky apps thanks to Typescript support. It requires less development effort and offers high performance thanks to features such as two-way binding and dependency injection respectively.

Other features in the Angular framework that boost speed and productivity are template syntax and command line tools (CLI) that allow quick prototyping. It is best suited for coding single page applications but is also good for developing progressive web applications and enterprise solutions, as well as web applications that require dynamic content.

This framework is used by such companies as Google, Microsoft, Paypal, and other giants.

Ember is one of the most entrusted and mature Javascript web dev frameworks. Released in 2011, it has been rapidly growing and gaining more and more influence in the world of professional web development.

Ember’s core features are its strict organization, advanced version management system, and support of both the most modern standards and older technologies at the same time. Ember allows you to make properties out of functions which is pretty useful when it comes to working with bindings.

This web application development framework is great for creating complicated web apps and is used by such companies as Google, Microsoft, Netflix, and Heroku.

Here’s another Google product, but this one is applied to developing mobile Android and iOS applications, as well as creating apps for Google Fuchsia OS.

IFlutter is absolutely JS-free as it’s written in Dart, a programming language also created by Google for developing server-side and web applications for both desktop and mobile platforms. This lets Flutter interact with the platform without passing through the JavaBridge which, in turn, allows you to work way faster than otherwise.

Also, it doesn’t need any of the UI components since they are implemented in Flutter already. That’s how the games and other apps written on this framework achieve their great speed. Its widgets are rendered only when it’s needed, and the Hot-Reload system helps the platform remake the widget tree from scratch.

Among the companies who use Flutter are Alibaba, Tencent, and Google.

React is not exactly a web app framework, but a JavaScript library. Yet it definitely deserves a spot in this list. React has gained its fame due to the revolutionary component-based architecture that other frameworks began to use much later.

It allows comparative quick and straightforward interface creation which is the React's main purpose of use. It also employs the JCX syntax which makes the dom manipulation much faster than it usually is. One of its main application areas is interface creation, and also mobile apps for iOS and Android.

Vue.js is one of the newer frameworks for web development which is growing in popularity very quickly. Its greatest advantage is, if you already have a product, you use Vue.js on its part and everything will function just fine. No lags, no troubles.

Due to its simple structure, it’s easy to solve issues. And also, it has pretty good documentation. Still, many people doubt to invest in Vue since it is not a go-to framework for big companies, such as Google. Nonetheless, Vue.js popularity is growing steadily.

Around 12,000 known web projects were built using Django. This alone can tell you a lot about the framework’s popularity. Although it’s one of the older website development frameworks, released in 2005, it’s still one of the top-picks due to its modern view on problem-solving and constant improvements. Django is arguably the most popular web application framework, based on Python, one of the most used programming language in the world.

Among the main advantages of Django are its flexibility, scalability, and universal use. It possesses numerous packages and has an extensive community and thorough technical documentation.

You can build practically any type of application using Django, from a smaller-scale project to a complex solution. It's popular for creating MVPs for startups (thanks to its flexibility and also the principle of code refusal which allows time and budget optimization), but also it's widely used by such companies as Instagram, Pinterest, NASA, and many others.

Speed and simplicity are the main principles of Express.js which is a Node.js API and web app development framework. One of the many open-source frameworks, it includes a great number of out-of-the-box tools, and many solutions can be made with just a couple of code lines.

Express is easy to use, especially if you already have experience with Node.Js. It is a popular technology used by Accenture, Uber, IBM, and many other companies that trust their essential business functions to ExpressJS due to its simplicity and high speed.

Ruby on Rails framework (RoR), written in the Ruby language, is used today by more than 826,000 live websites, and such companies as Airbnb, YellowPages, Groupon, and many others. This web framework has a wide spectrum of uses, including solving very complicated development problems.

RoR offers many tools and great libraries that reduce development time. The framework is also big on test automation which is a valuable feature for software quality. With RoR, you can create cloud-based applications (e.g., Pixlr), social networking platforms (e.g., ASKfm), and many other types of web platforms.

Based on Java, this web application framework is very popular in the world of backend web development. Practically, any professional working with this language will sooner or later use Spring.

Its main purpose is the ability to simplify the creation of J2EE apps. It is possible thanks to a number of specific advantages. Spring provides you with a frame for your future application. Together with strict architecture, it simplifies the process a lot. It is also known for its approach of weakened dependencies between objects, and the absence of the necessity to connect objects manually. These and many other features are created to make the work of developers easier and more efficient.

Many famous companies appreciate the advantages of Spring. Wix, TicketMaster, and Billguard are among them. 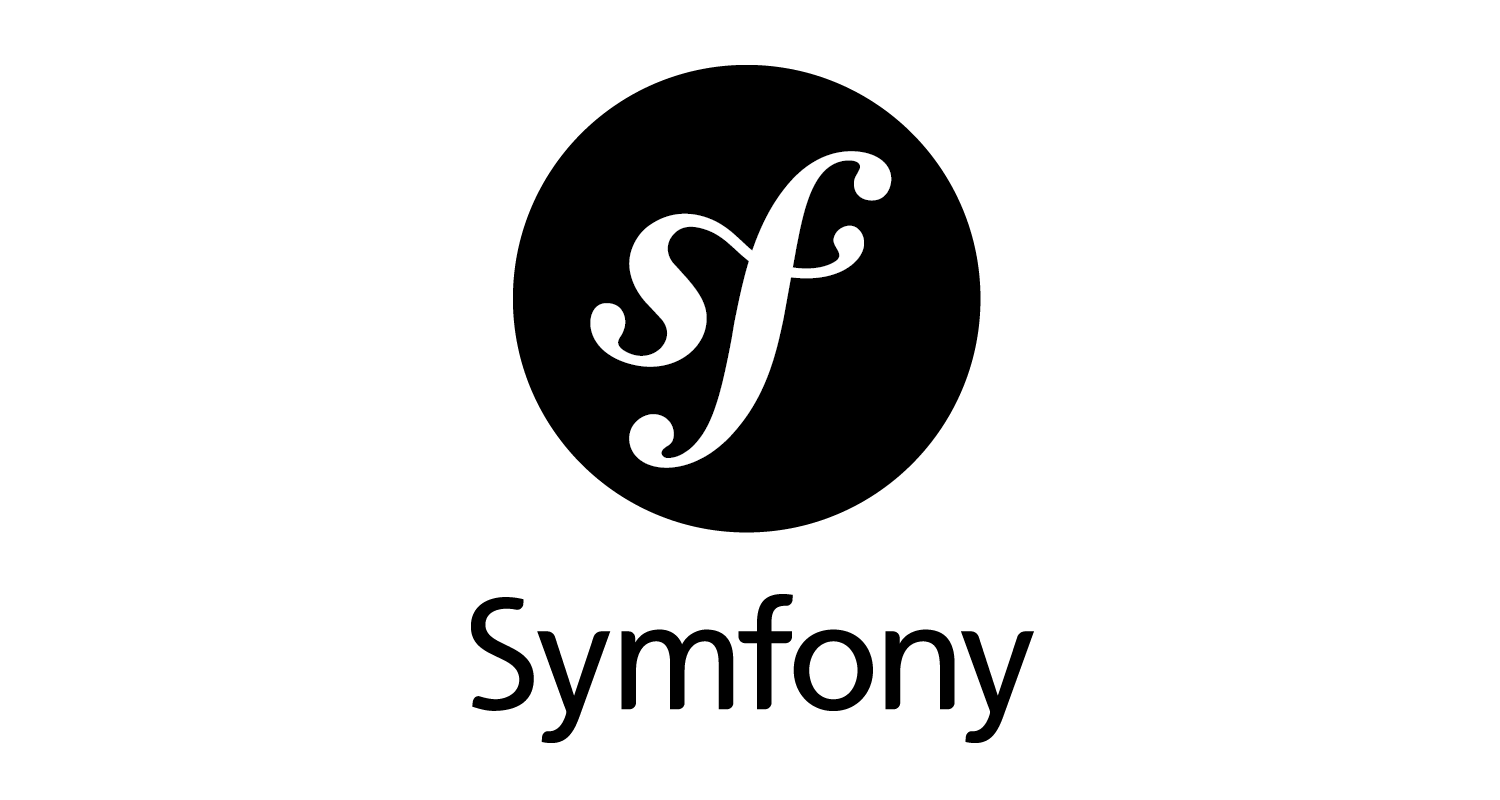 Symphony is a well-known framework among the community of PHP developers. It significantly reduces the time required for the creation of complicated PHP-based web apps.

Here are some of its major features. Symfony framework is appreciated for its stability, high speed, flexibility, and a possibility for code reuse. Also, when it comes to creating high-performing apps, it offers a very convenient event dispatcher together with dependency injection, and possibilities for code optimization. In addition, it consumes a comparatively little amount of memory. However, Symfony is a bit slow for real-time apps.

Symfony is one of the most trustworthy and most popular web frameworks and has more than 9000 live websites using this technology.

The top web frameworks we reviewed are flexible and cater to different types of projects. They also have quite large communities and with a high number of developers available out there, it is easier to find specialists for your project.

All of them are great but which one is the best web framework for your project? It all depends on your needs and project requirements. So, consider the advantages and disadvantages in the comparison tables to choose the one that will save your time and money in the long run.

This article is aimed for beginners, who are trying to choose between Ruby on Rails and Django. Let’s see which is fastest and why.

Vladimir Sidorenko
Jan 10, 2017Technology
How To Use GraphQL with Angular 2 (with Example)

​In this article we will tell you about the basics of working with GraphQL in Angular 2 environment with detailed example.

There was a task to submit form with ajax, with server side validation of course. Obvious solution is to do validation and return json with erros. I didn't like idea of writing separate view for validation and then inserting errors in form html on client side. Especially since I already had a generic template for django form with errors display. In this article I'll describe how I solved the task.