The founders of ShootQ set a goal to meet the needs of photographers and develop their own web product that would offer broader and more relevant functionality than most standard CRM systems. The app was designed to solve real-world problems, allowing you to track customers, schedule photo sessions, track tasks, advertise studio services, and create email marketing templates.

The ShootQ app had been on the market for ten years, and even though it operated well, the technology and the design were out of date. That’s why the owners have decided to develop the second generation of the application relevant to present-day business tasks.

When the Gearheart team received a request to upgrade the application, the design and the back end were already under implementation. Our major task was to develop the front end, including the application’s interface, but, over time, we took over the entire project.

Initially, we received a completed back end and design of the project and took charge of the front end. Gradually, we moved on to the back-end frontier, where our target was to take an innovative approach and apply modern design.

Nine people in total were involved in the project, developing the entire set of functions to release the app as quickly as possible. At first, three developers from the ShootQ team were responsible for the back end, while Gearheart, represented by five full-stack experts and an analytic, worked on the front end. Over time, we started to manage the whole project.

After the app’s release, all ShootQ users were moved from the outdated version of the app to a new one, which offers many useful features, which we explain in more detail below.

The ShootQ app was originally developed on Angular 2 with the back end based on Django. Eventually, we updated it to a new version of Angular 7. In addition to the Angular framework, we also used the NRGX extension.

Gearheart is one of the first companies to ever use Angular 2 for web product design. Two years earlier, when Angular 2 was under development, we used it to rewrite a Timer. By the time Angular 2 was officially released, the above-mentioned project had already been in production. Thus, we could prove our experience at Angular 2 when we received an order from the ShootQ founders.

A fast and easy way to send and receive contracts

It boils down to three steps: 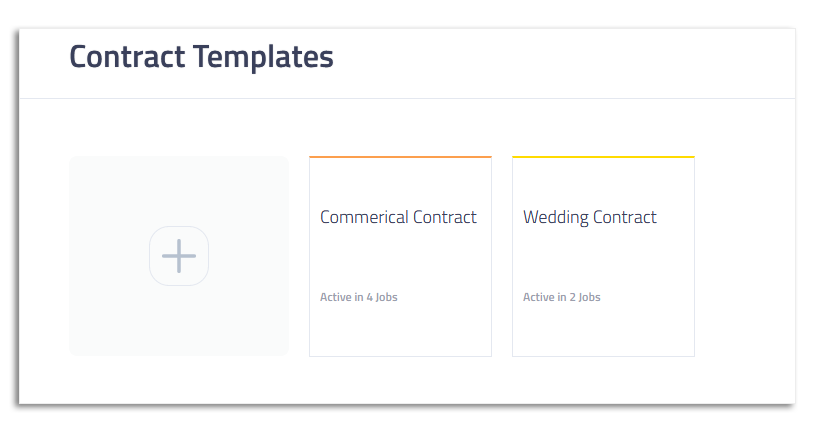 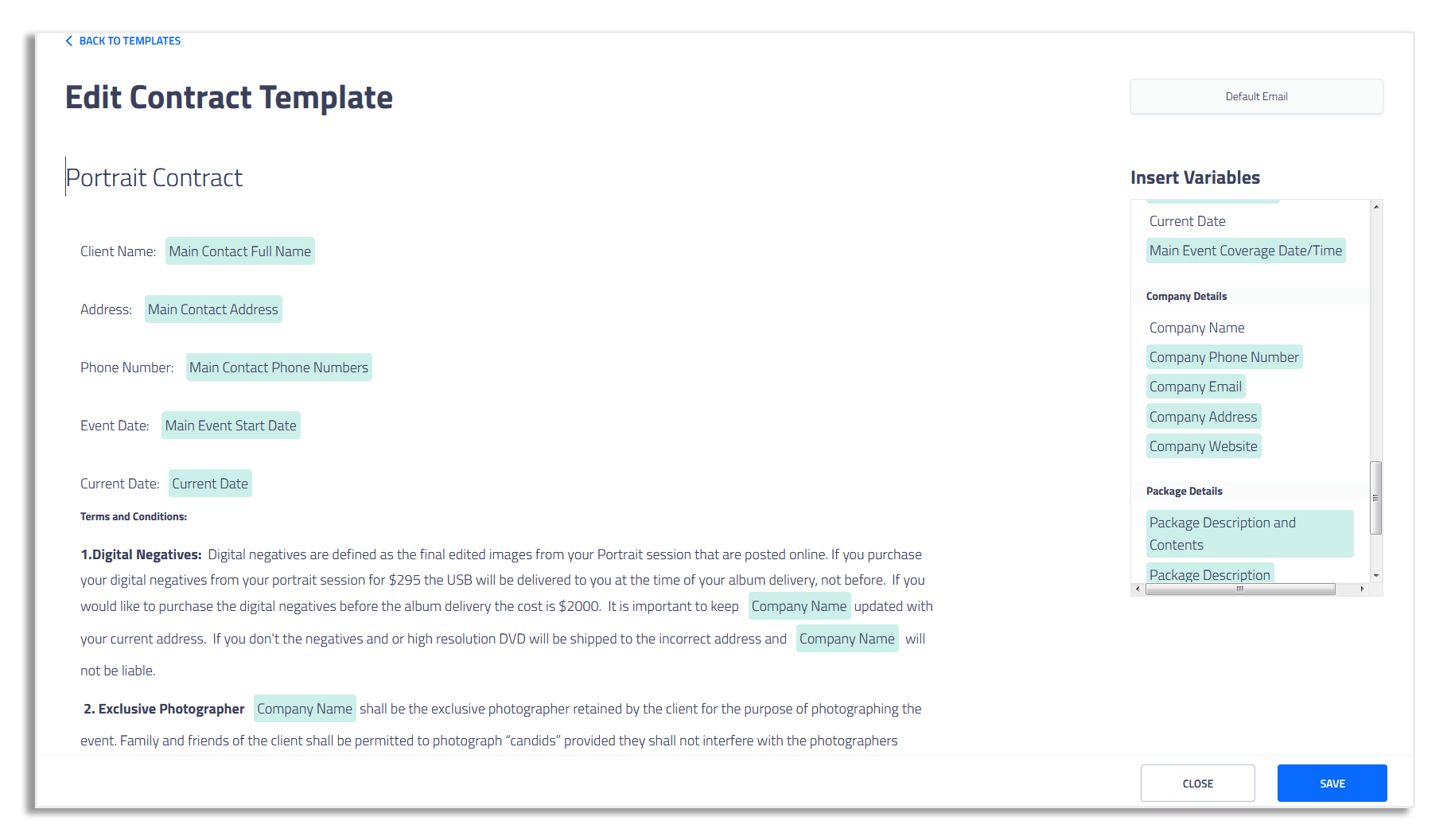 As soon as a client books a photo session online at any chosen time, the photographer receives and processes the request with no extra time wasted on phone calls. 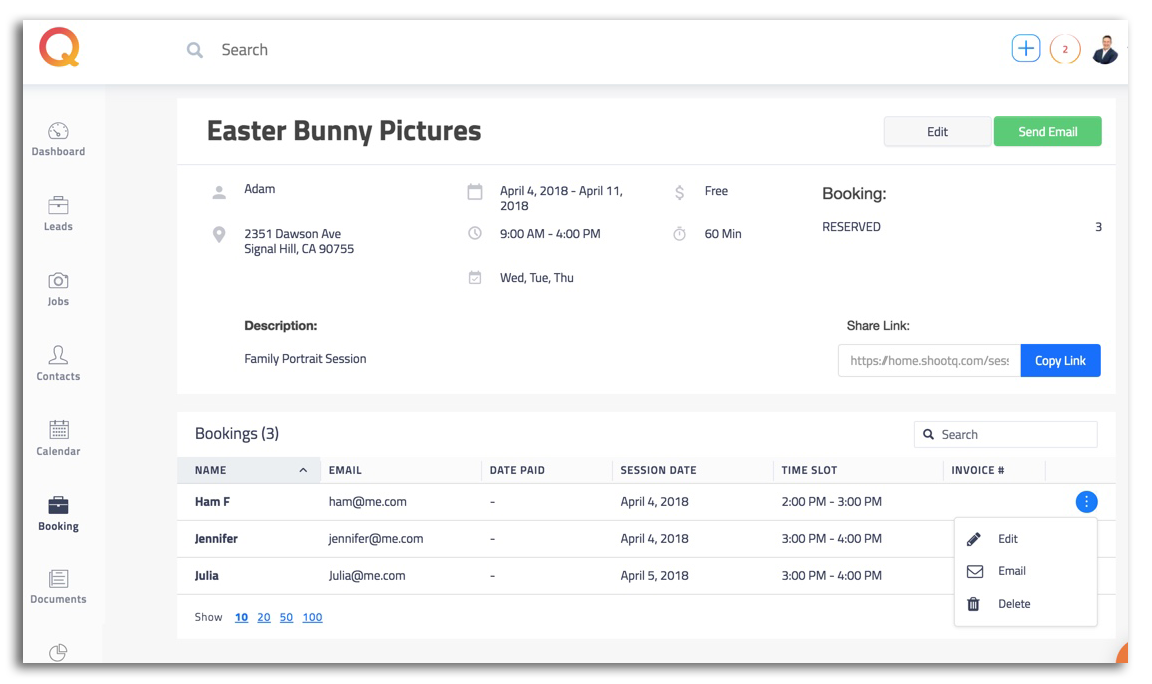 Comfortable lead tracking via the Lead Board

The Lead Board function allows for managing and tracking leads at each stage of the customer journey to react and reply just in time.

These are relevant for studios that have a lot of clients and experience difficulties in staying organized. Setting a specific number of tasks to be completed for each client and applying filters makes it easier to stay on track and provide high-quality service. 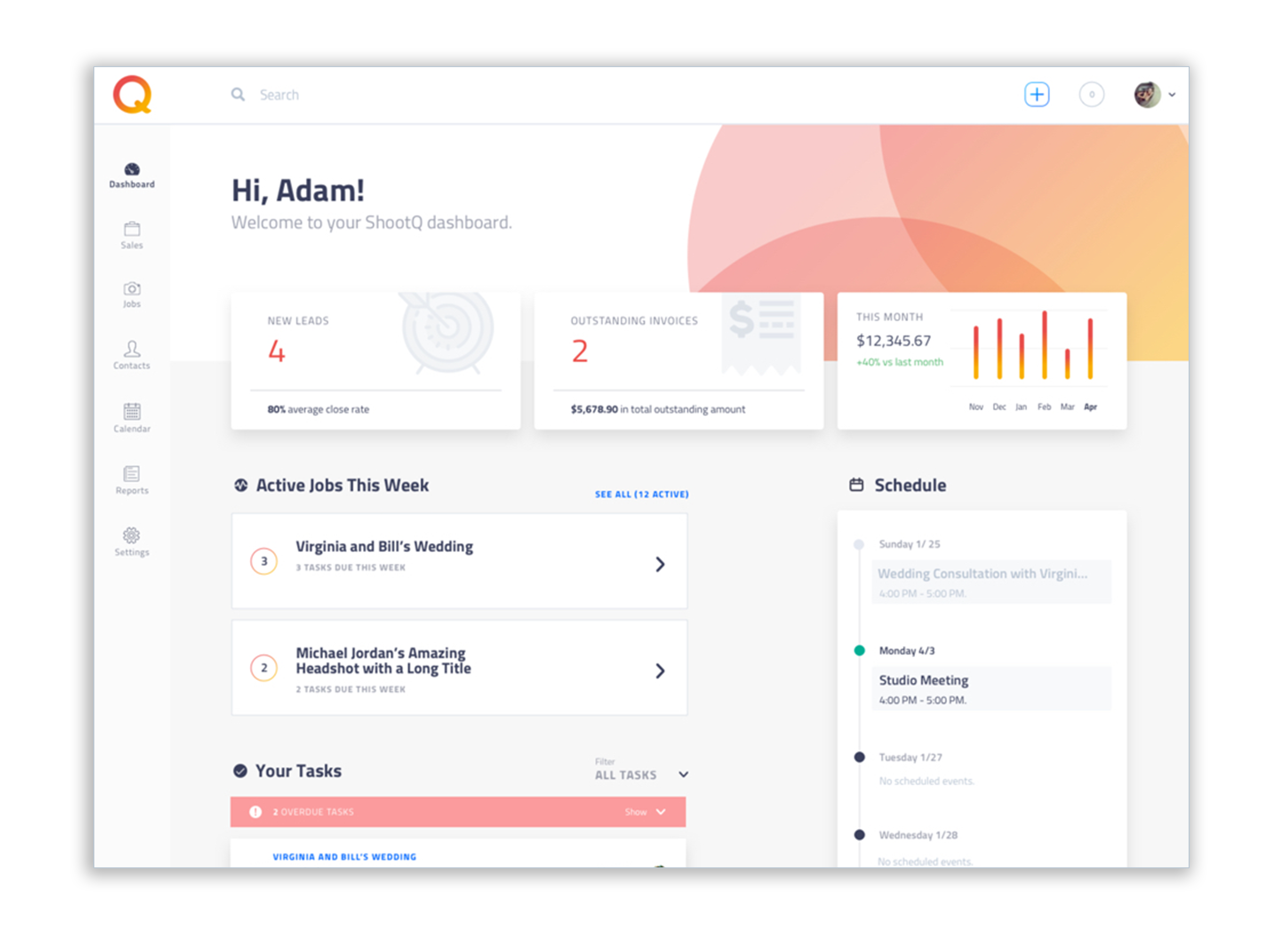 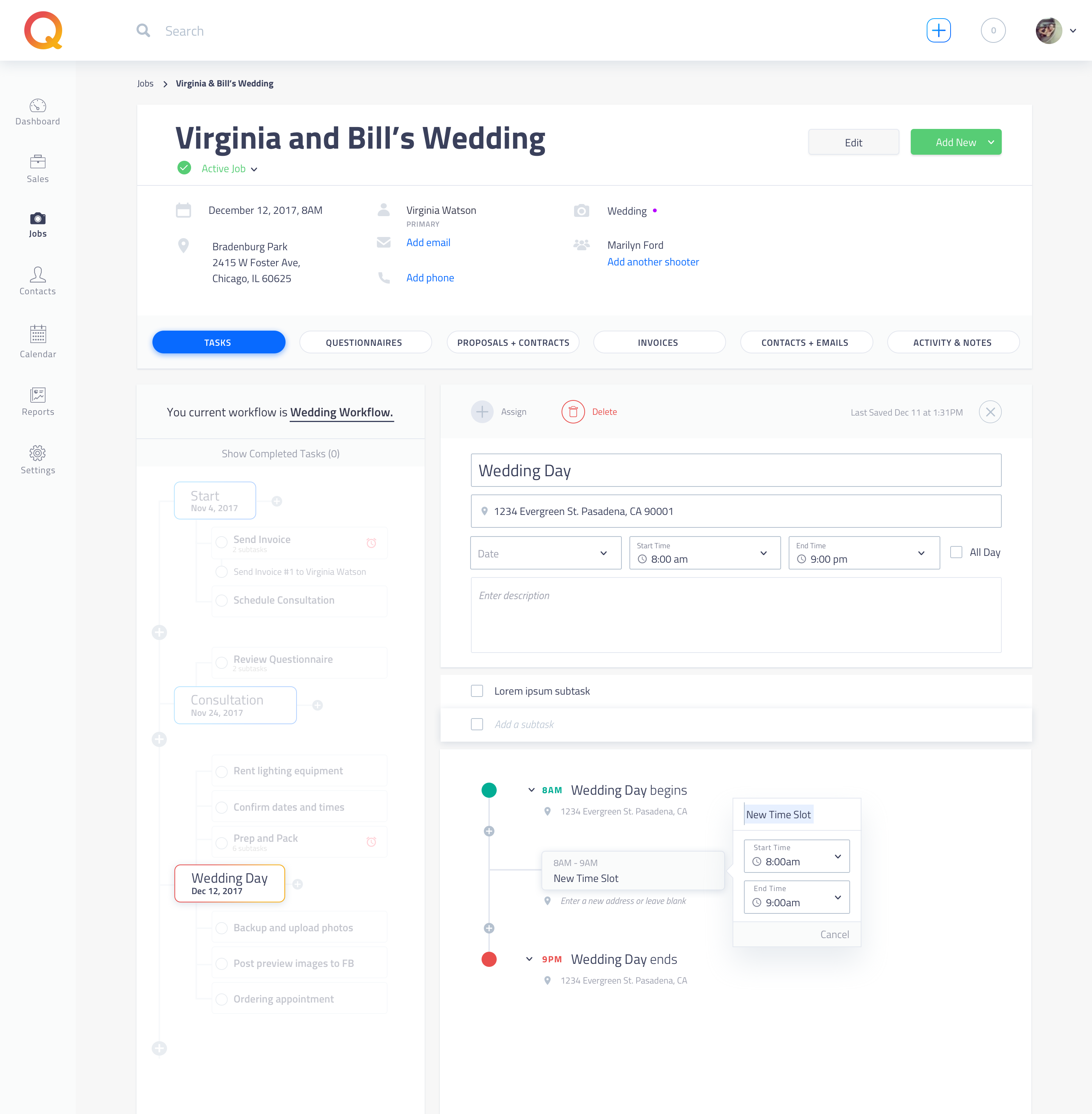 Over 50% of users prefer to have several payment options to choose from when proceeding to checkout. This function lets the clients choose the most comfortable payment method, including a credit card.

This module helps photographers manage a new source of income and host workshops. The tool lets multiple clients sign up for a single event.

Wise use of time and resources

The entire process takes only a few simple steps: choosing and adjusting a template, uploading it to the appropriate section at ShootQ, copying the required template from the list, and pasting it to the message window. 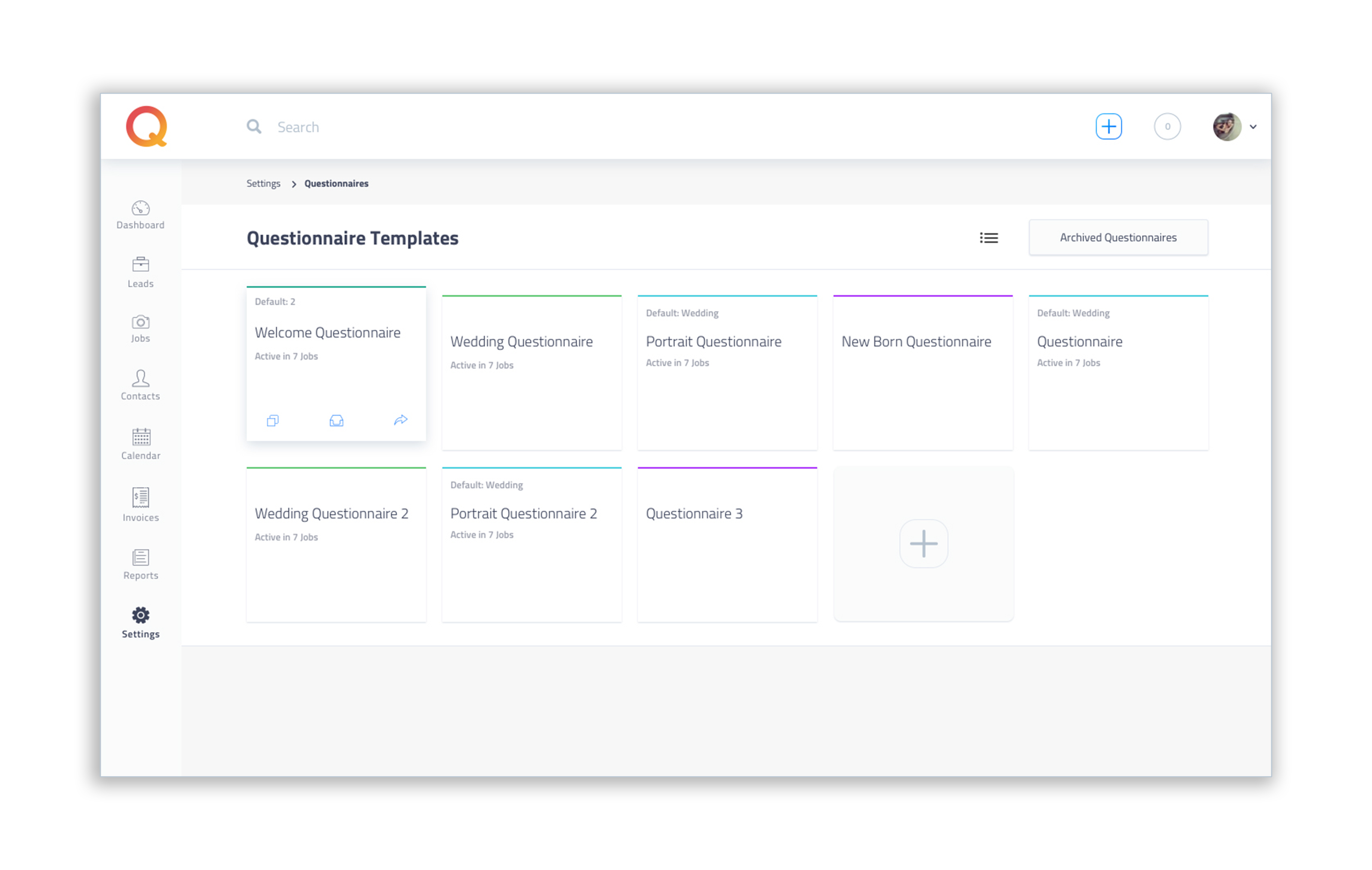 Following the release of the updated version of ShootQ, the Gearheart team continued to work on product updates and improvements until the end of 2019.

Based on the data from Featured Customers, ShootQ is popular among web users. ShootQ client testimonials have a total content usefulness score of 4.7/5 given by 1040 users. Many popular photographers like Mike Larson, Sara France, Lukas & Suzy Vandyke, and others prefer ShootQ to manage their daily tasks.